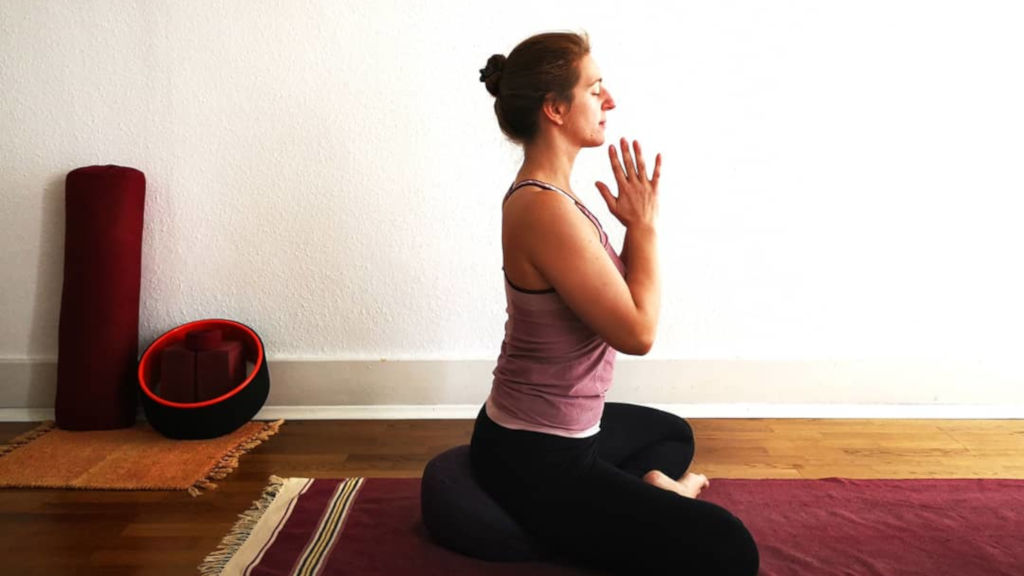 My exploration of body movement started at the age of 8 when my parents sent me to impros/dancing classes with the aim to improve my movement skills and learn how to channel my energy (I used to be a very energetic kid moving in a very unorganised and clumsy way). Up to my twenties, dancing has been my main movement practice in various forms and explorations.

As I started the University in Bologna (Italy) and continued with my PhD in Heidelberg (Germany), my priority became understanding and uncovering the molecular mechanisms of life. After graduating Dr. Rer. Nat. in Molecular Biology at Heidelberg University, it became clear that pursuing a career in the academic world was not my call and in search of a movement practice that could support me during that transition time, I found yoga.

It has been Power Vinyasa for a couple of years and in January 2014, as I moved back to Italy, I discovered Ashtanga Yoga Mysore Style.

In the years that followed, I grew more and more passionate of the Ashtanga Yoga practice and I had the opportunity to attend workshops with some of the most renewed teachers such as Manju Jois, Saraswati, David Svenson, John Scott and Lino Miele, whom I have never left since then.

At the beginning of 2018, after resigning from a corporate job, I travelled to India for 3 months to complete a 200-hour Ashtanga Yoga Teacher Training in Mysore where I also had the great opportunity to practice chanting with Dr. Jayashree, a former professor of Sanskrit and now the founder of the Anantha Research Foundation, and pranayama with BNS Iyengar, the oldest living student of Sri T. Krishnamacharya.

When I came back to Heidelberg, I established the early morning Mysore Style yoga classes at the Ashtanga Yoga Institute in Heidelberg.

As I started teaching yoga, I immediately discovered an incredible passion for understanding how bodies move and in search of a body therapy that could help me to heal a chronic injury and a method that could provide the understanding I was seeking, I found Rolfing®.

At the end of 2021, I became a Certified Rolfer® (ERA in Munich) and together with the Ashtanga Yoga Mysore Style classes, I am currently one of the few body therapists in Heidelberg that offers a comprehensive work into body structure, movement and awareness.